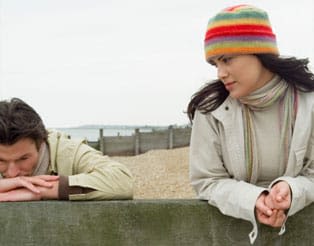 In family law practice since 1983, attorney Anthony M. Zezima is well qualified to provide sound advice and assistance in the drafting of pre-marital agreements (or “prenups”) that will withstand legal challenges.

Make a Wise Agreement Before Marriage

Definition of A Pre-Marital Agreement

A pre-marital agreement may be entered into by competent adults who are legally able to marry. The purpose of such an agreement is to avoid the usual legal consequences of joining the estates, property, or assets of two parties by marriage. Many people have an established estate, and/or established responsibilities to prior family, which they would like to see protected from the new spouse and new obligations. This can only be done by the consent of both parties to the marriage with full knowledge of each other's financial situation.

It is important to understand that the enforceability of the agreement is the most important concern, and sometimes compromises must be made to ensure enforceability. An agreement that was made without full disclosure, or entered into without proper legal advice, or under duress, will probably not hold up in court. You must be aware that such a document will almost always be scrutinized by a court at the time it is enforced to determine if it was fair at the time it was signed, whether the parties understood what they were signing, and had proper legal advice.

To avoid the appearance of duress, the agreement should be done as far in advance of the wedding date as possible, and before expensive preparations are made. Both sides should have independent legal counsel to advise them. Remember, this is basically a divorce settlement entered into before marriage, and, if done properly, could serve as the basis of an uncontested divorce if the marriage ends, thus avoiding a costly legal battle over these issues.

A Marital Agreement can be made after the wedding whenever differences arise between the parties regarding the future financial issues. The Agreement must be based upon some consideration other than the marriage itself. Sometimes such an Agreement is made as part of a reconciliation of the parties or following some other dispute. Such an agreement has been held to be just as enforceable as a Premarital Agreement.