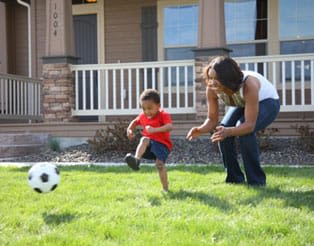 Spousal support is the right of one spouse to receive an award of money from the other spouse, on a temporary or permanent basis, whenever a court determines that the facts of that particular situation warrant it.

Before agreeing to pay or accept any certain amount of alimony as you prepare to file for divorce, contact an experienced spousal support attorney to discuss alimony entitlement.

Pursue What is Rightfully Yours

In Georgia, the statutes and the courts refer to such spousal support as alimony. No one is entitled to alimony by virtue of marriage alone. The court may grant alimony to either spouse from the income or estate of the other, either as periodic payments or lump sum awards. It may end at the death or remarriage of the recipient, or it may end sooner by the specific terms of the Final Decree or Judgment. Alimony may also be awarded on a temporary basis during the pendency of the divorce action.

There are no guidelines for determining alimony, but it is based upon the determination of the trier of fact of the needs of one party and the ability to pay off the other party. Some of the factors that the court may consider in determining first if alimony is appropriate, and then in what amount, are as follows:

The court may consider additional factors in determining how long to continue the alimony payments. Such factors may be:

A party who might otherwise be entitled to alimony may lose that entitlement if the facts show that the adultery or desertion of that party was the cause of the separation of the parties. However, alimony may be awarded at a temporary hearing without regard to these issues. A temporary hearing is intended to maintain the status quo between the parties, to the extent possible. Since fault issues are only determined at a final trial, they would not be relevant at the temporary hearing.

Either party may choose to have a jury trial with respect to the determination of permanent alimony. Unless the parties specifically waive alimony modification, it can be modified later if there has been a substantial change in circumstances. However, such modification can only be of the amount of periodic support, and not to the length of time that it is paid. Lump-sum alimony is not subject to modification. If the alimony award states that it is payable until death or remarriage of the receiving spouse, it may also be terminated if a court determines that the receiving spouse is living in a meretricious relationship, even though not legally married. Either party may also choose to have a jury trial on any action for modification.